So, it’s time for me to document My Geek Origin Story

My first geek obsession started with cats. Or, as we now call them, kittehs. Quiet companions on the Autistic scale, kittehs added their warm furry friendliness to my pursuits – and were always more accommodating than humans. Therefore, I classify kittehs as a key moment in my geek origins.

Along with kittehs in this photo are the collection of Airfix and Revell models. The history of World War 2, and the making of model aeroplanes was a rather unique pursuit in the middle of rural Eyre Peninsula. But I loved it. Oh, that and LEGO. 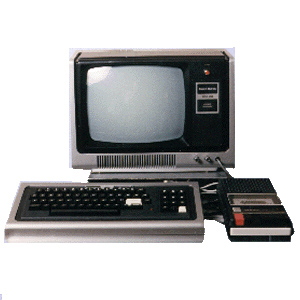 After being introduced to an Apple ][, on loan to our school from Angle Park Computing Centre, by a prescient Maths & Science Teacher: Mr Peter Stewart,  I was hooked. From this early access, I also played with a TI programmable calculator and CP/M based Osborne 1.

My Dad, sensing my inability to become the 5th generation owner of the farm, purchased a TRS-80 Model I. Oh wow, the fun I had with that computer was amazing.

I owe Mr Peter Stewart and my Dad a great debt.

More cats: this time Bindi; with our/my first Macintosh: a 128K Macintosh. One of the first in South Australia: so first, it only came with a 110V power board!

Thanks to Tim Kleemann from Random Access (later owner of Next Byte) – this Macintosh opened the door on a career & a love of Apple.

Random Access, Adelaide. 1987. This is me at my desk, working away at some Macintosh things. Thanks to Tim Kleemann, Trevor Starke & Adrian van den Bok – and many others – I worked here happily doing Mac things.